I have a confession. I love the smell of Coppertone. Despite the fact that I know that is one hell of a toxic fragrance, I love it because it brings back happy memories of exhilarating beach days and fun afternoons at our community pool. Regardless, I still don’t use it because there is no way I’m slathering those toxins on me or my kids. 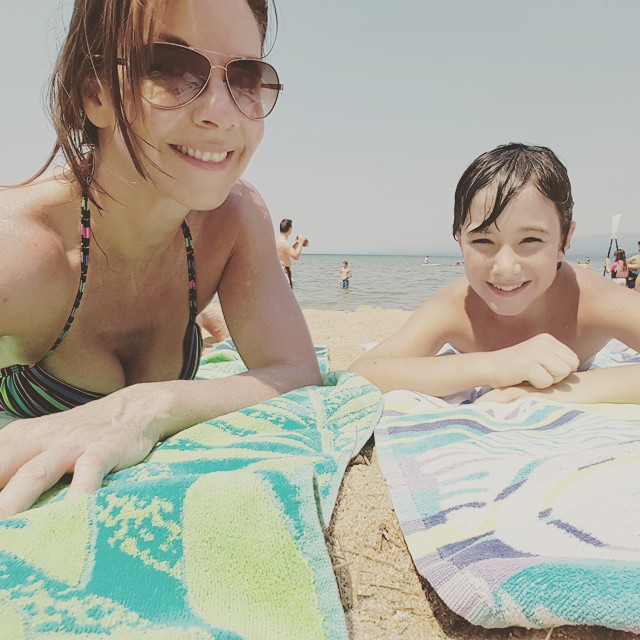 Fun in the Lake Tahoe sun with my cutie

I have gone so non toxic with all my products that now I am extremely sensitive to the toxic scent of synthetic fragrance. I can detect the scent a mile away and I usually cannot stand the smell but Coppertone is the exception.

I’ve written about this several times over the years, I like to do a refresh on the topic during the summer when we’re all slathering out bodies and out kids bodies with sunscreen. The safest sunblock is non-nanoparticle zinc oxide but if you’r curious about the common sunscreen ingredients that you should avoid, here is a rundown:

8 Ingredients You Do Not Want In Your Sunscreen

1. Oxybenzone
This hormone disruptor penetrates the skin, enters the bloodstream and behaves as estrogen in the body. It’s been shown to cause cell damage that promotes cancer, allergic reactions and even endometriosis. 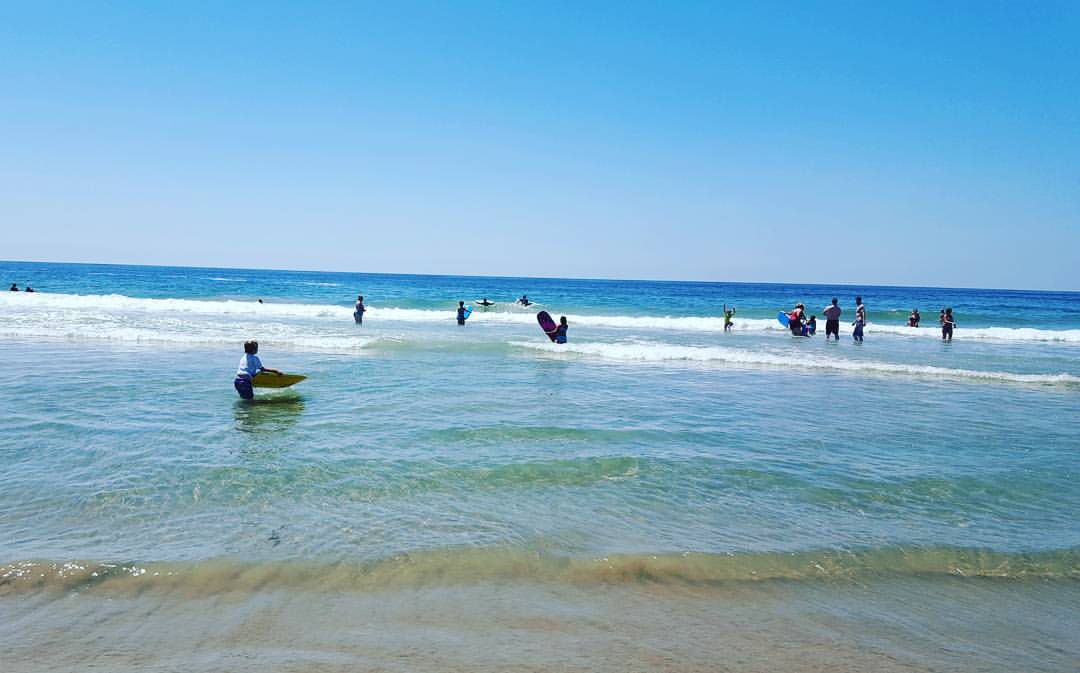 2. 4-MBC
4-MBC is a chemical that chemical enters the bloodstream and behaves as estrogen in the body as well. It’s also been linked to cancer. Both 4-MBC and oxybenzone are such dangerous hormone disruptors that scientists are urging parents to refrain from using any product containing either on children but it’s found in most sunscreens, even those made especially for babies.

4. Avobenzone
Also known as Parsol 1789 and butyl methoxydibenzoylmethane. It generates free radicals in the body and has also been cited as an endocrine disruptor. It is unstable and sunlight causes it to break down into unknown chemicals, especially when used with octinoxate. 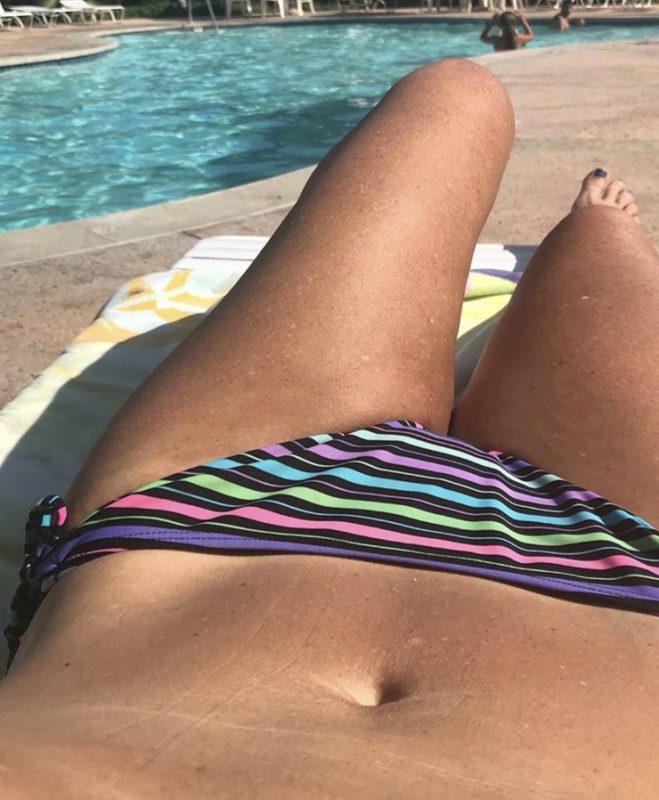 5. Retinyl palmitate
This is a form of vitamin A. It is an antioxidant that slows the aging process in skin which is fine for use in night creams. However, a study done by the FDA discovered a connection to cancer because it may accelerate growth in tumors and skin lesions when exposed to sunlight which makes it a dangerous ingredient for sunscreen.

The FDA does not conduct any safety testing on sunscreen. It is completely unregulated so manufacturers can use any ingredients they want.

6. Parabens
You’ll also find parabens listed as methylparaben, propylparaben, and butylparaben. They are found in many cosmetics as well as sunscreen. Like oxybenzone, parbens mimic the body’s natural hormones increasing the risk of various cancers.

Would you like help on how to avoid other toxins or to discuss health or weight concerns? Book your complimentary call today!

8. Benzophenone
This is one of the most commonly found ingredients in sunscreens. It is known to cause cancer in lab animals. 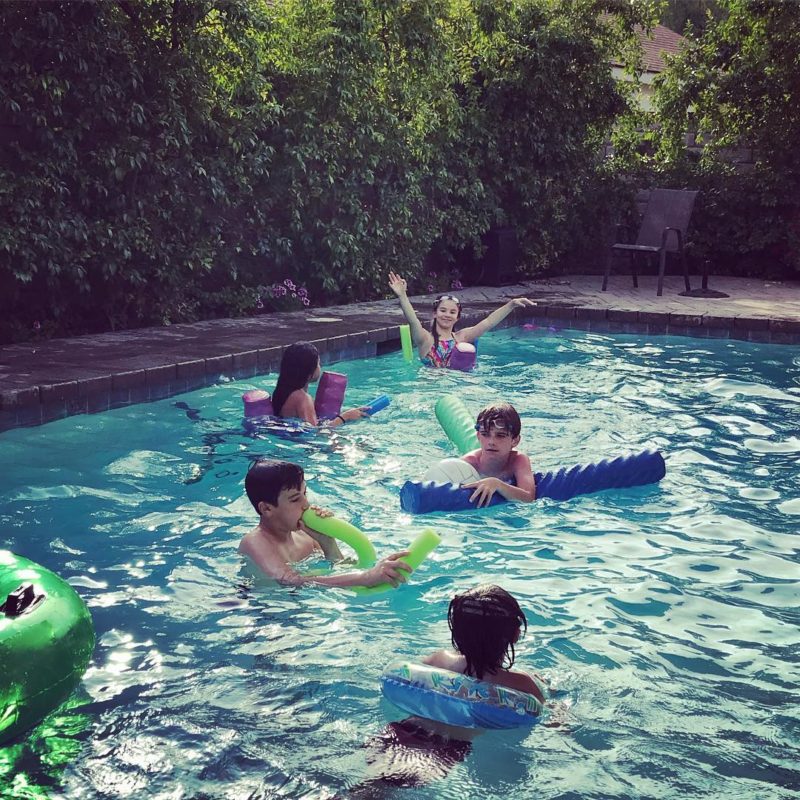 The sunblocking ingredient you want in your sunscreen is zinc oxide made without nanotechnology. Zinc is a physical sun block which means it reflects light back into the environment. Your skin basically does not see the sun.

Nanoparticles have been shown to cross the cell barrier driving into organs, even attaching to brain cells. They’ve also caused developmental issues in animals. Mineral sunscreens are often made with nanotechnology.

In addition to harming out health, these toxins also harm marine life. The coral reefs are being damaged and killed off. This is a major issue. Many clean sunscreens brands will say ‘reef safe’ on the bottle. If it’s safe for us, it will be safe for the beautiful coral reefs.

So what can we use?! Sunscreen that doesn’t have these ingredients. A few good ones are:  Coola (great under makeup), MyChelle Dermaceuticals (love this one too), Mad Hippie, Ever (this one has nice shades if you want tinted sunscreen), Block Island Organics 100% Pure, Babo Botanicals.

?**Want to make shopping for cosmetics, beauty & personal care products for you & your family easier? Grab my list of Top 12 Toxic Ingredients to avoid**?

We need sunlight. A deficiency in vitamin D3 causes a whole host of severe illnesses including. Recent studies are revealing that avoiding the sun blocks our body’s ability to produce vitamin D3.

Know someone who is looking for safe sunscreen? Send it their way and share this on Facebook, tweet it, Pin. These ingredients are especially toxic to children and babies because their delicate systems are not fully developed so they have a harder time filtering out toxins. 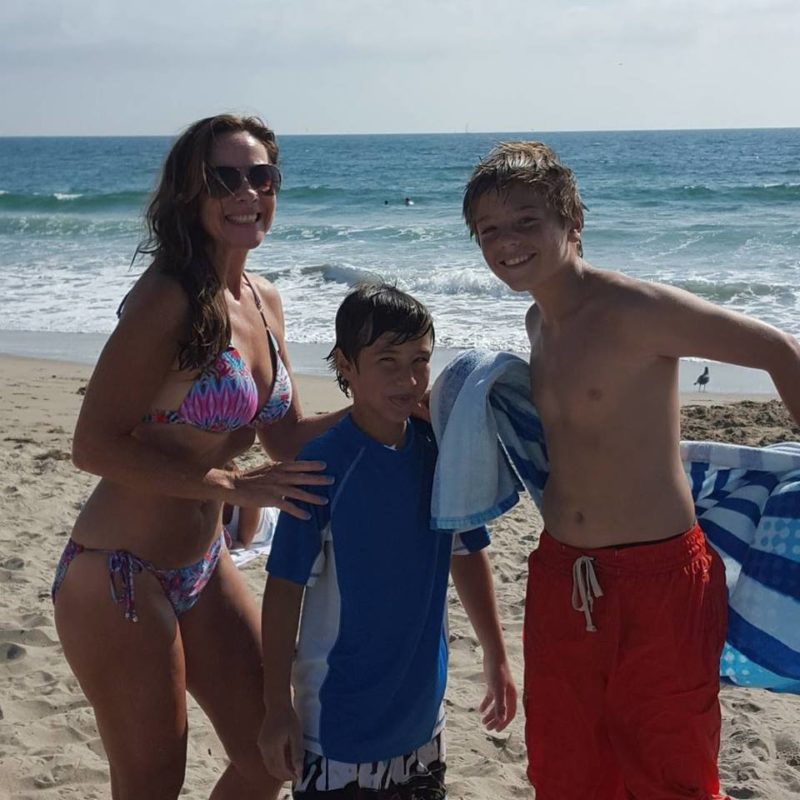 I treasure beach days with my loves ?

“… some sunscreens are known to interfere with hormone action… could plausibly increase the risk of various cancers” -Thomas Zoeller, Endocrine Society

With summer starting in just a few short weeks, I know what’s on your mind… beach days, BBQs, pool time, water park craziness. But so is sunscreen. Which one should I use? What brands are safe? Which ones don’t leave a pasty white film? … some of those thoughts sound familiar?

The most important thing when it comes to choosing sunscreen is – you know what I’m going to say – that it’s free of harmful chemicals. And I know what you’re thinking… “but pretty much all of them have harmful ingredients, so what do we use?!” 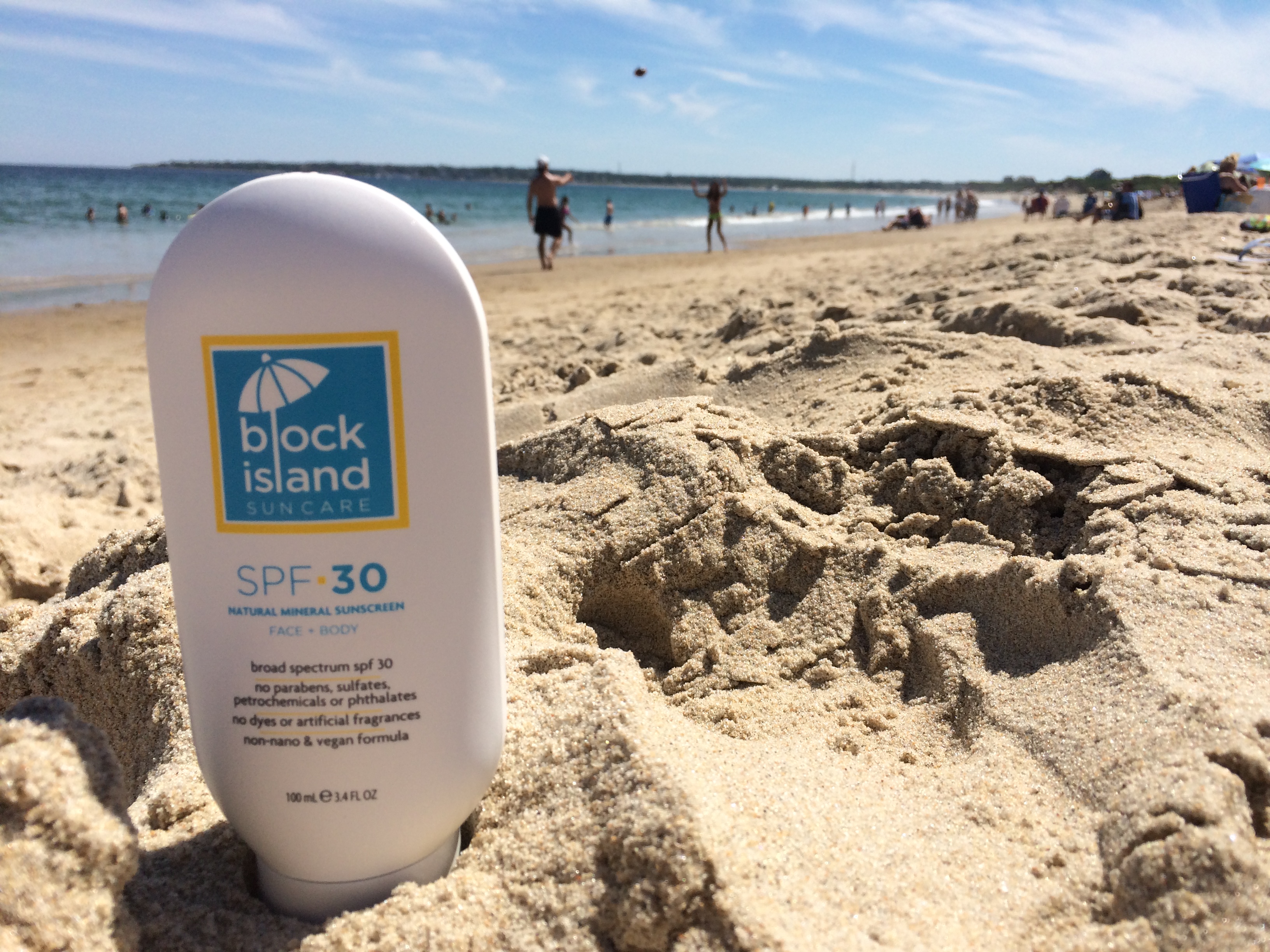 I get it, good sunscreen is hard to find. The struggle is real. You want toxin free, a nice consistency, no white film, good protection from the sun’s damaging rays and a pleasant scent, right?

I recently discovered a sunscreen that meets all of those criteria, Block Island Organics. You have a chance to win a free bottle of their Natural Face Moisturizer SPF 30!

My son even likes it. Well, he doesn’t like to wear any sunscreen, kids and sunscreen are like oil and water, aren’t they? He knows I won’t buy the toxic junk so when it comes to clean sunscreen, this one gets his approval. If your kids are as picky about sunscreen as mine are, you know know that is a good sign. Learn what he has to say about it in this live stream he & I did for my Facebook group.

I’m very happy to have a good, safe sunscreen to recommend. Block Island Organics is completely non-toxic mineral based made without nanotechnology, which is important. Mineral sunscreens are often made with nanotechnology which is not a good thing because nanoparticles have been shown to cross the cell barrier driving into organs, even attaching to brain cells. They’ve also caused developmental issues in animals.

The entire line is free of parabens, phthalates, dyes,  artificial fragrances, sulfates, petrochemicals… I could go on. Suffice it to say, nothing harmful in there! Yo. They are completely transparent about the ingredients they use, all are listed on the site

Their products are non-comedogenic & vegan formulated and gluten free which is so important for those of us who are gluten intolerant (me!) or have Celiac. 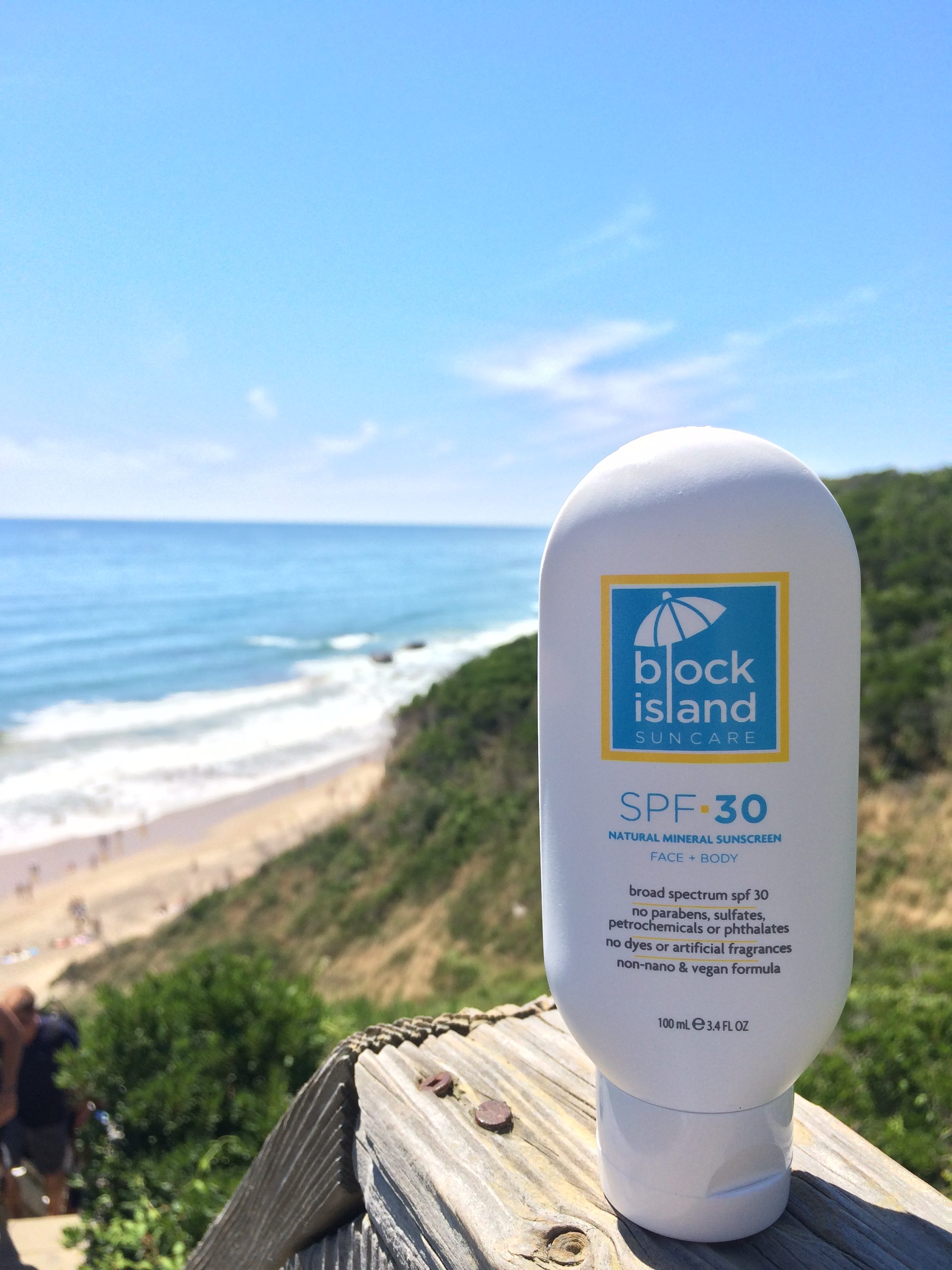 Their SPF 30 and their Face Moisturizer SPF 30 made the list of Environmental Working Group’s top sunscreen picks for 2017. This line is made in the USA and they do not test on animals.

The Natural Face Moisturizer SPF 30 is extremely moisturizing and blends very well. If you have dry skin this will be an oasis of hydrating sun protection. If you have oily skin you may find it a bit heavy. My skin is normal with an oily t-zone, however, as I age it’s getting drier. I found that my tinted moisturizer went on smoothly after applying the sunscreen. Happy to report that it does not irritate the eyes the way many sunscreens do.

What is the worst thing about most natural sunscreens? They leave that pasty white film which no one likes. This one does not! Major plus.

Where does the name come from? The family run business started out of an eco spa on Block Island (which looks beautiful btw), Rhode Island called Koru Eco Spa. Their philosophy is: actively enjoy the outdoors with the motto “Play Smart. Play Safe. Non-Toxic Suncare.”

Not only do you get a chance to win a free bottle, Block Island Organics is offering my audience a discount as well! Use code kellyb to get 20% of any product in the line. The code is valid June 10th – June 28th.

Enter here for your chance to win a free bottle of Block Island Organics Natural Face Moisturizer SPF 30! Giveaway is valid only in the U.S.

UPDATE: This giveaway has ended but stay tuned, I’ll be doing more in the near future!

In the meantime, I invite you to participate in my free challenge. It can be overwhelming to know what products are safe and which to avoid. To help people figure it out and minimize their body’s toxic burden, I’m running a fun, FREE green your beauty routine challenge in July:

In this challenge, you’ll learn simple tips that you can start right away to look better, feel great & improve your health by detoxing your beauty & personal care routine without giving up glamour ? It will be easy and fun, sign up here!